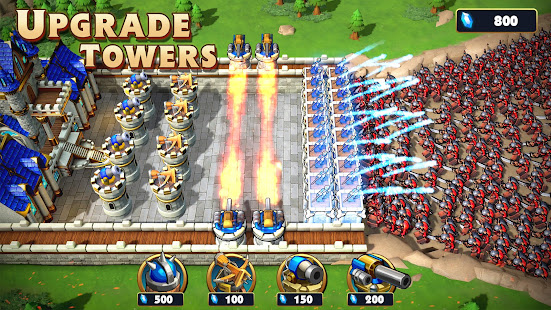 Are you ready for a REAL fight?

The true Emperor has fallen. We need a real hero, a true Lord who can unite the Kingdoms. Recruit heroes from various backgrounds, from dwarves and mermaids to dark elves and steampunk robots, and assemble your army in this magical world! Fight and conquer to establish your empire!

Like tower defense? Then you’ll love the Vergeway! Collect and upgrade cards, mix and match them to deal with different stages, and put your brain to the test to defeat the evil enemies lurking inside the Verge!

Build Your Own Kingdom

4 different troop types, and 6 different troop formations for you to choose from! Plan your lineups, take advantage of the counter system, and pair your troops with the right Heroes! Perfect your strategy to defeat your enemies!

Create a strong team of 5 Heroes to fight through an RPG-style campaign! Let them lead your kingdom to glory as war generals!

Join a guild to fight alongside your allies! Ride into war together to conquer various exhilarating events: Guild Wars, Kingdom Versus Kingdom battles, Battle Royals, Wonder Wars, Darknest Invasions, and much more!

Brawl with millions of players from all over the world, and defeat those who stand in your way! Seize the throne and rule over all!

Devices running Lollipop (OS 5.1.1) or below can enable the following to save game data on external storage.
– WRITE_EXTERNAL_STORAGE 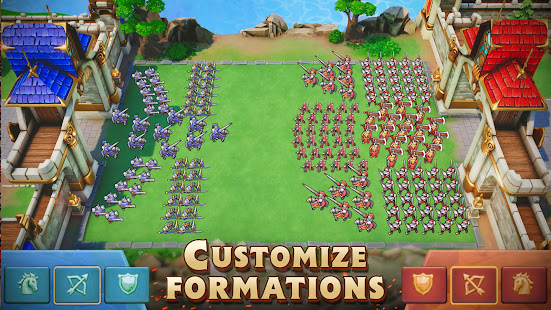 Please rate the application and drop a review, thanks.

- Special prison rules will only apply to leaders captured in Wonder/Fort battles.